From early adoption to maturity

Around 15 years ago, my mother asked what I wanted for Christmas.  My answer was a new wallet (please) and my requirement was that it had to have plenty of slots for cards.  This was in the boom years for store loyalty cards and credit card companies bribing you with gifts and incentives for singing up and using their cards.  At a guess, I’d say that my wallet contained over 20 different cards at any one time.  Fast forward to today and my wallet has 3 cards and a driving licence in it; and far less cash than I used to carry around.  Yet I have more store cards than you can imagine - a full sweep of supermarkets, varying qualities of chicken and burgers, purveyors of camping equipment (used once every ten years on average), sports centres, airport lounge passes, airlines, et al – though now they’re virtual, in my digital wallet.

As a relatively early adopter of technology, I don’t want a wallet for Christmas.  In fact, I don’t want a wallet at all.  My payment method of choice is my watch (smartphone payments are so 2016!).  So why do I still carry my wallet with me?  Well, mainly, the answer is “just in case”.  For those annoying times when shops either don’t accept new money at all or insist that under a certain amount I have to pay with metal or polymer like they did back in the day.  It seems that no matter how I explain that the percentage charge for credit card transactions is less than they’ll spend on cash handling some shops still haven’t moved with the times.  Whilst I have been known to make my evening meal choice based on payment method rather than cuisine, I haven’t quite reached the point of boycotting all providers who don’t allow me to flash my watch at them. 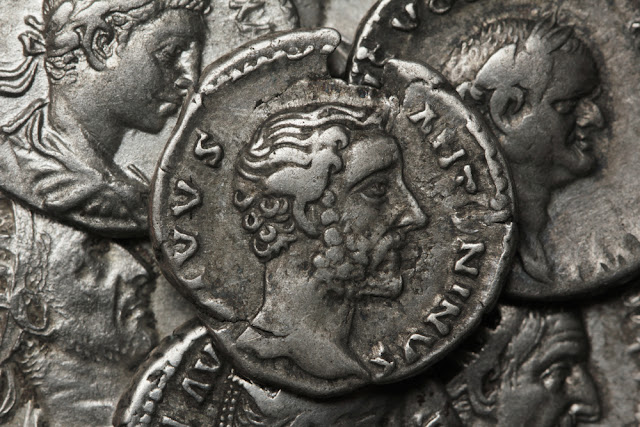 Yet it isn’t just the merchants who cause me to carry my wallet with me “just in case”.  You see my watch likes to behave like a child who has been dragged away from the chocolate at the counter and sometimes has a tantrum – either not working at all or asking me to try again later; of course I don’t mind coming back to re-do my shopping at a time my watch finds more convenient.  Sometimes I can flip back to 2016 and use my smartphone to pay, other times I have to fish my wallet out, put my card in to the slot and try and remember the random number; occasionally it’s good to reminisce about how my parents paid for things when they were my age.

Of course, it isn’t just payments and retail.  The other thing in my wallet is my driving licence.  Now admittedly, it’s been a few years since anyone has asked me whether I’m old enough to buy alcohol without laughing; though I have been asked to prove my identity when taking out credit agreements when having my driving licence has been really handy.  Though of course driving licences aren’t identity documents, they show my entitlement to drive.

Which brings me on to another just in case moment – the UK National Identity card.  Whilst it never got as far as full rollout, the pilot programme issued real cards to real people, and allowed them to do real things – such as use their card instead of their passport to travel within the EU.  I remember standing in Birmingham Airport, with a passport hidden in my back pocket, with the good folk at boarder control crowded round a PC screen whilst I showed them the government website and explained how it all worked.  Whilst I was prepared to hold my nerve for a while, faced with being right and not on the plane or pulling out the just in case passport and being on the plane, I would have gone for the latter option.

As you can imagine, when the Driver and Vehicle Licensing Agency (DVLA) announced that they will roll out a version of your licence on your smartphone and the UAE started allowing passengers at Dubai to use their smart-wallet passport to cross its border, I was rather excited that my wallet was moving one step further towards being consigned to history – much like my DVD collection.

The pace of innovation will always be constrained by uptake, adoption, prevalence, ubiquity and reliability.  For early adopters, the need to have a back-up – just in case – will always remain; the challenge for innovators is to reduce the time taken to move into the mainstream.  Having spent 15 years winding down on my wallet dependence I am well aware just how long things will take.  I really hope that in another 15 years I won’t have to carry my driving licence with me – or better still than what’s on my smart-wallet will be my driving licence rather than just a version of it.  And that my passport doesn’t have to come on holiday with me in my back pocket just in case.

As we move towards reliable, trusted, digital identities – our entitlements, such as payments, driving licences and passports, should be asserted digitally regardless as to whether we are using them in an online or physical channel.  The cost savings, fraud reduction and improved customer experience will be immense.

And my biggest wish, is that my DVD collection doesn’t fall through the creaking roof from the loft where I’ve stored them in preference for streaming. And why I have stored them? Well you know, just in case.

Read my other posts
Let's get physical - how to get fit for the digital era by leveraging the offline world
I have control - Can we truly own our identity
Tipping the balance - Getting the right balance between security and user experience
You don't know what you're doing - Poor security practices are putting users at risk
I didn't say you could touch me - Biometric authentication and identity
You don't need to tell me - Impacts of the EU General Data Protection Regulations
Coming together on being alone - The need for a clear government digital strategy
I'm not the person I used to be - Authentication for real world identities
Distributed Identity has no clothes - Will distributed ledger technology solve identity
Bring Your Own Downfall - Why we should embrace federated identity
Unblocking Digital Identity - Identity on the Blockchain as the next big thing
Tick to Agree - Doing the right thing with customer's data
The Kids Are All Right - Convenient authentication: the minimum standard for the younger generation
The ridiculous mouse - Why identity assurance must be a rewarding experience for users
Big Brother's Protection - How Big Brother can protect our privacy
I don't know who I am anymore - How to prove your identity online
Three Little Words - What it means for your business to be agile
Defining the Business Analyst - Better job descriptions for Business Analysis
Unexpected Customer Behaviour -  The role of self-service in your customer service strategy
Rip it up and start again - The successful Business Transformation
Too Big To Fail - Keeping the heart of your business alive
The upstarts at the startups - How startups are changing big business
One Small Step - The practice of greatness
In pursuit of mediocrity